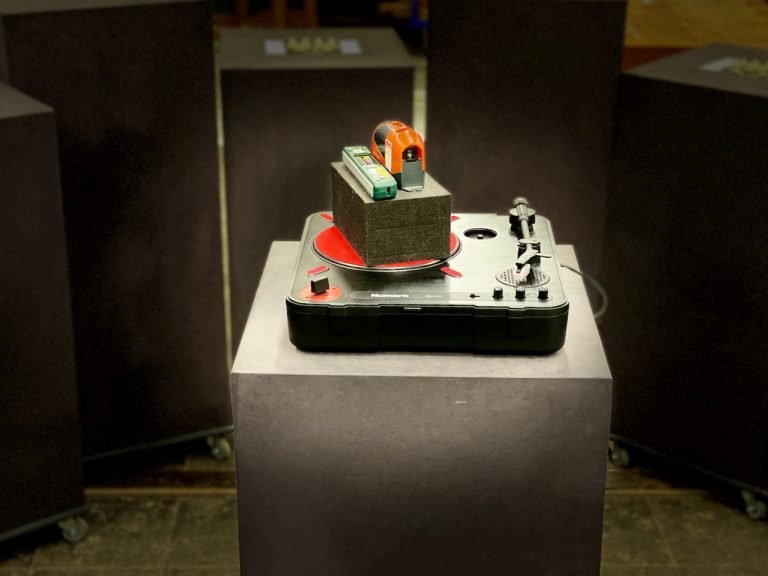 The SOCIAL SEQUENCER can be set up as an installation in any sufficiently large space or in public places, because the arrangement of the individual elements can be chosen completely freely, and under corona conditions it is easy to keep the minimum distances between the players. And since there is no separation of stage space and audience area, since everyone is "on the same level", so to speak, there will be no hierarchy where members of one group might rise above or complain about the others. - Paradise?

To describe the installation: In the middle of a room, there is a manipulated record player with a laser on top, which - similarly to a radar device - permanently emits a narrow strip of light 360 degrees into the room. A full 360 degrees rotation of the laser takes place from eight to sixteen revolutions per minute.

There are 16 gallery pedestals distributed in the room or on the square, which can be freely pushed around and rotated by means of swivel castors attached at the bottom. - 8 of the gallery pedestals have a height of 60cm, another 8 measure 100cm.

Each of the gallery pedestals contains a 12 V car battery (bottom), an electronic sound generator with controls for influencing the sound (top), a photo sensor, and an amplifier plus loudspeaker.

Each battery supplies the entire electronic system of any "sound pedestal" with energy and is designed in such a way that it does not need to be recharged during minimum 12h.

The light sensor of each sound pedestal sends a trigger impulse to the respective electronic sound module. Since each sensor is mounted on the top side of one of the four outer walls of each base, it can either face the light strip emitted by the rotating central column (and thus trigger a sound) or face away from it (=silence).

8 of the sound modules contain a "classic" synthesiser voice, consisting of VCO, VCF and VCA, provided with an appropriate number of knobs and switches, which is intended to serve the intuitive sound influence by the users.

8 of the sound modules contains an analogue tone generator geared towards percussive sounds, which can also be controlled in a variety of parameters.

A stereo active loudspeaker system built into each pedestal makes the sound audible.

The joint play of audience and sequencer: First, the light-emitting rotating laser is set into motion. Then the audience is asked to push the sound pedestals around, turn them or distribute them on the surface, paying attention to what happens next. - The rest takes place according to the self-regulating laws of chaos and order without further external intervention: the people in the installation, whether involved or not, will learn by playing and listening ... about the parameters that make up an electronically generated sound, about rhythm and groove, about spatial sound, speed of sound, interplay, harmonies ... and not least about the experience that it is possible to create a shared sound experience without having to follow a conductor, composer, or without any regulations or "traffic rules" to cling to! 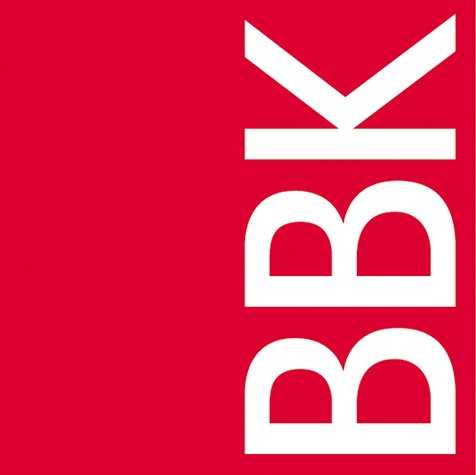 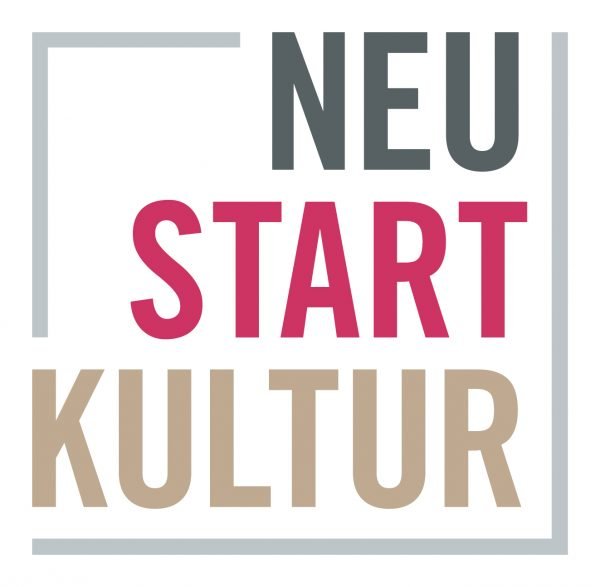 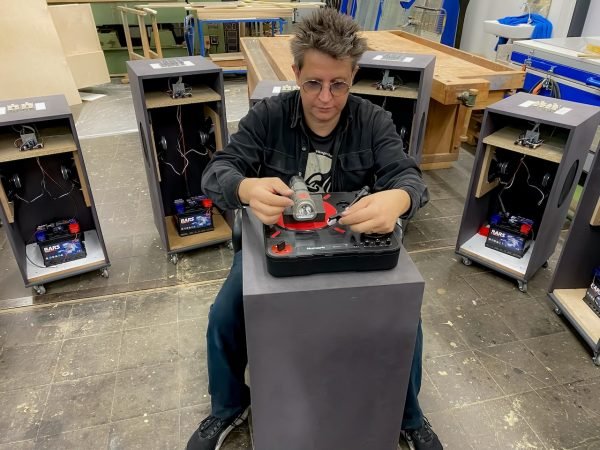 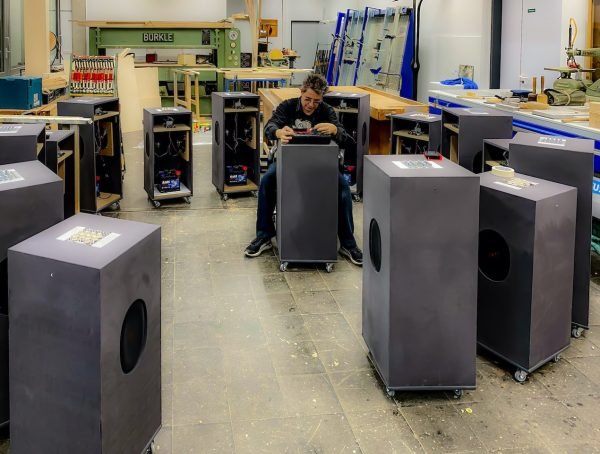 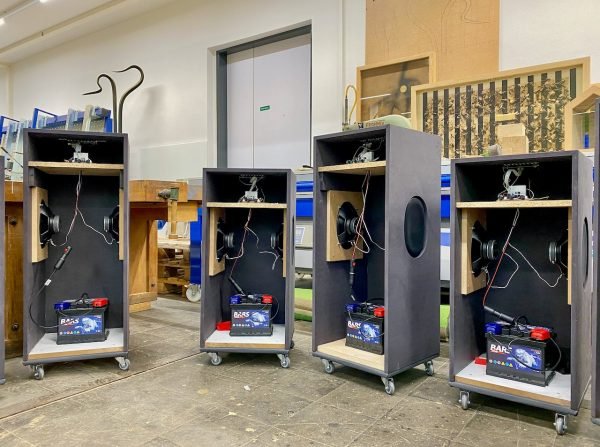 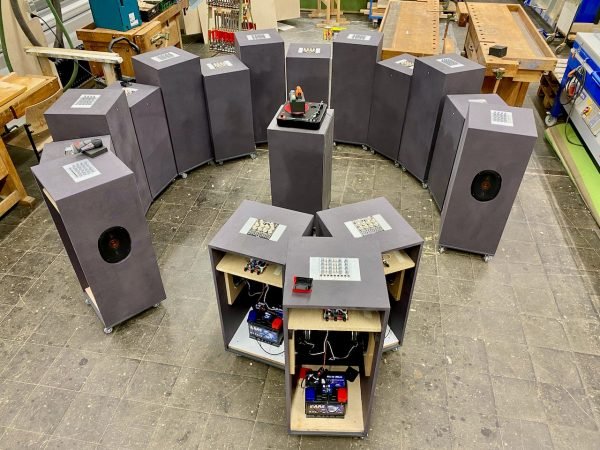 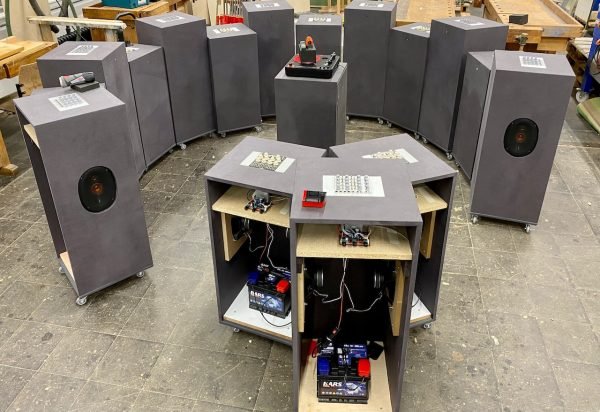 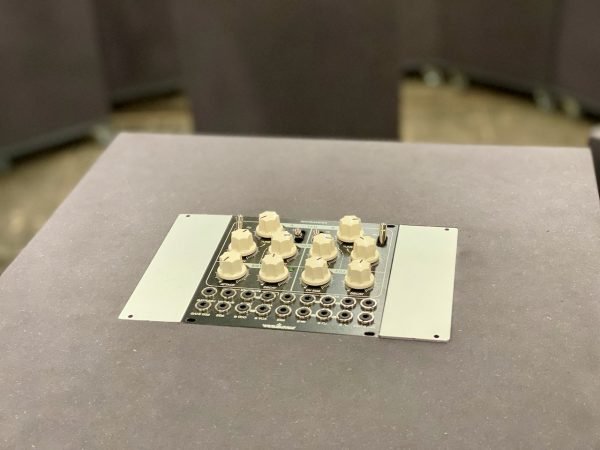 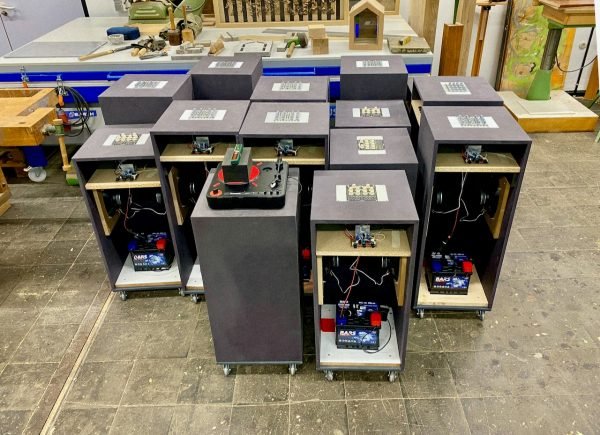 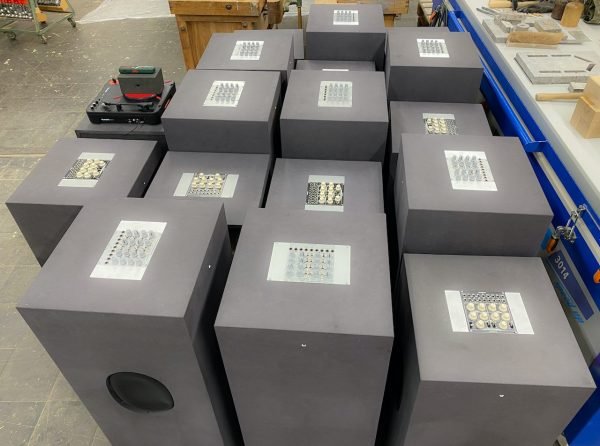 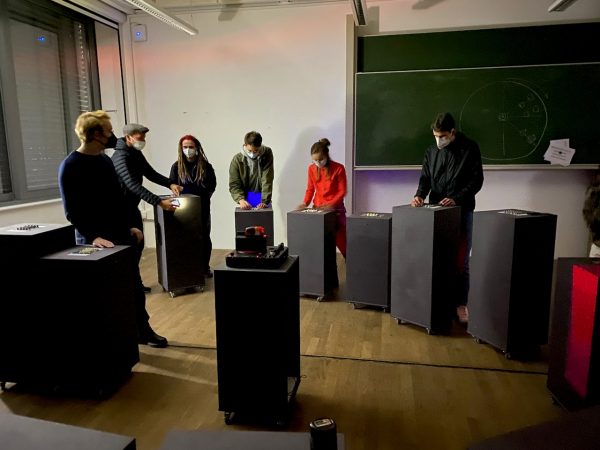 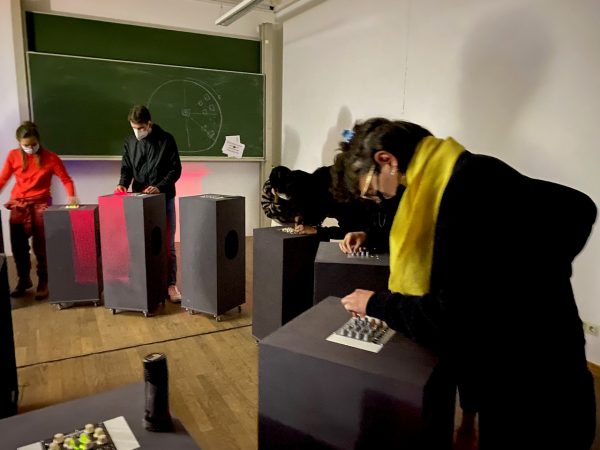 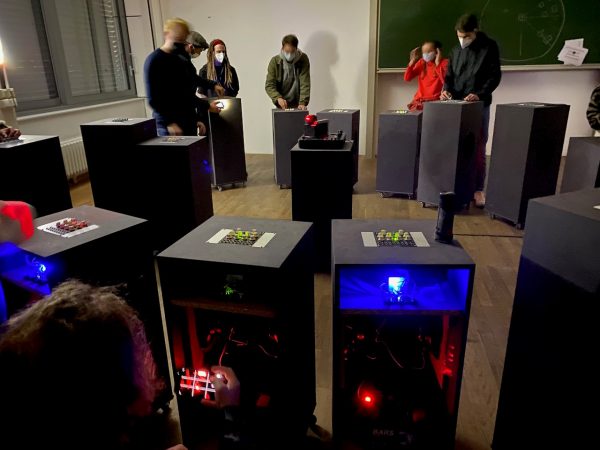 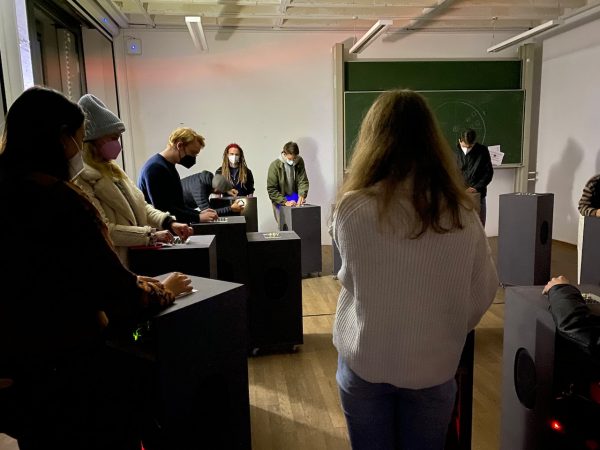 A Jump - O - Phone is a new musical instrument that can be used by one or several persons, especially children. Through jumping on the flat surface, tonal or rhythmic sounds are produced.

Use a conductor ́s stick to listen to all orchestral groups separately or in any possible combination and explore the complexity of a symphonic work!

Drumming is fun... especially when you do it with great sounds! But it ́s best fun when you do drum sessions as a group!