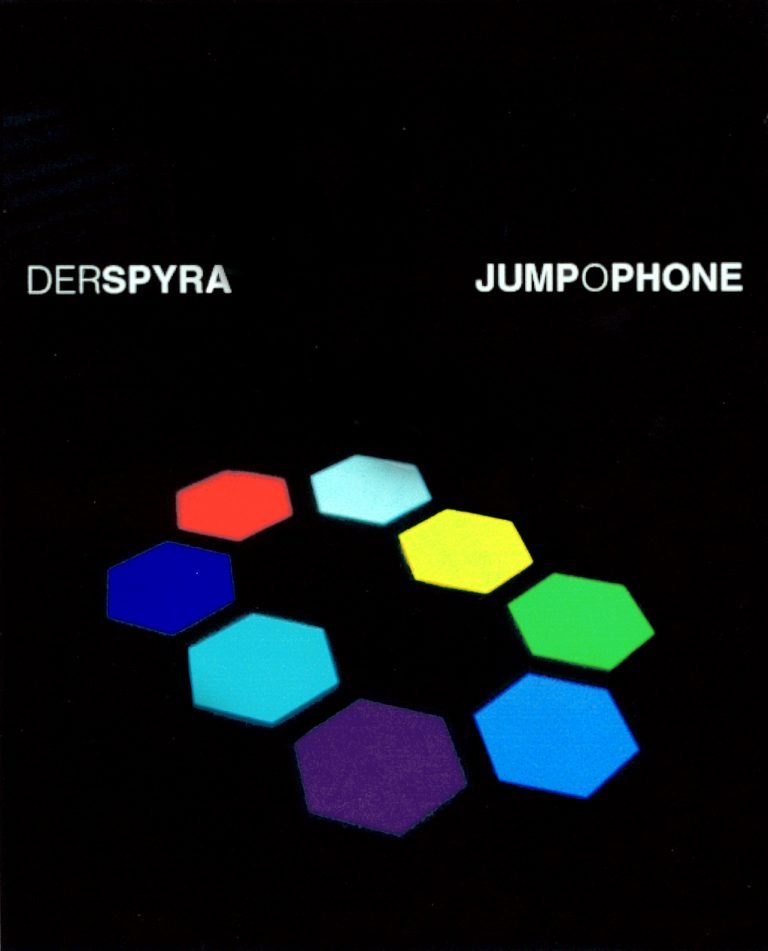 A Jump - O - Phone is a new musical instrument that can be used by one or several persons, especially children. Through jumping on the flat, dancefloor-like surface, tonal or rythmic sounds are produced, so that dancing and stomping does in fact create real-time music. The Jump – O – Phone is extremely flat, so nobody can get hurt by a missing jump. Under the perspex-covered surface there are eight areas with trigger-sensors which are connected to a sampler, producing dynamic sounds each time someone jumps on an area.

But not only the volume of the sound can be changed depending on how hard the area is hit, it ́s also possible to change the pitch or any other kind of sound-parameter! In addition to this, the areas have built-in light foils which produce light-impulses with different colours when being hit - this looks great in the dark!

Since the sound source of the JUMP-O-PHONE is a sampler, it is possible to involve any desired sound event, no matter if it́ s instrument sounds, drumloops, human- or animal voices or whatever.

When the system is used by children, it ́ s possible to use a short verse or song e.g. that is divided into 8 or more parts, which must be triggered in the correct order by hitting the corresponding areas on the Jump – O – Phone with the right impact. In German, we use presets like "Fischers Fritz" or "Ottos Mops".

The Jump – O – Phone gets delivered with loudspeakers, but it ́ s also possible to connect several wireless headphones! There ́s an external control panel to select different sound programmes and, if desired, a CD-player which can be mixed with the jump-sounds. 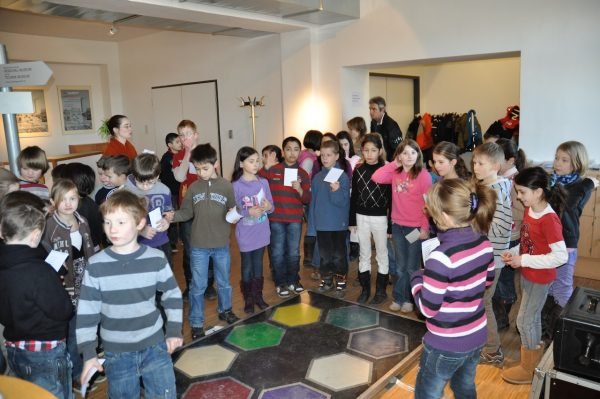 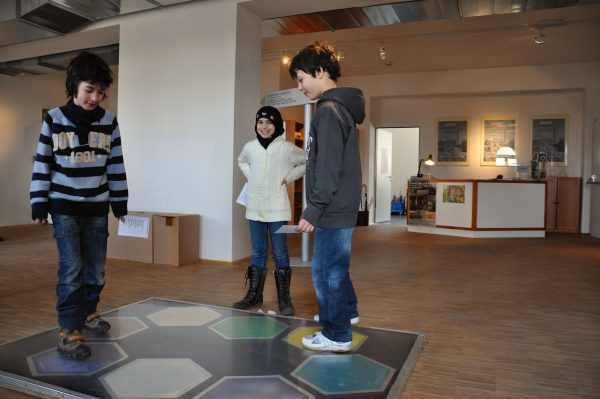 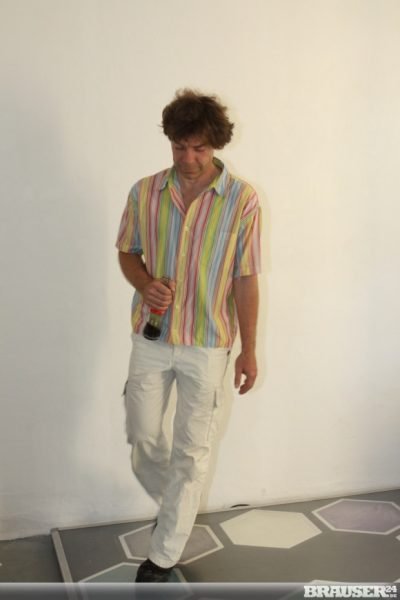 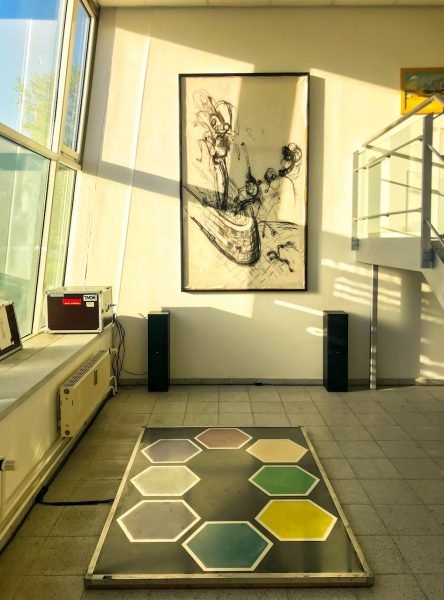 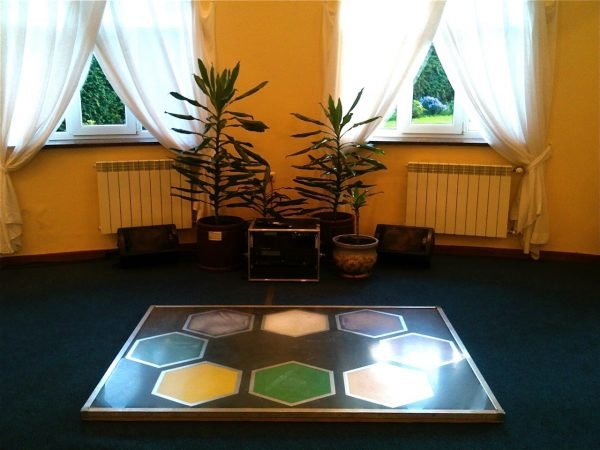 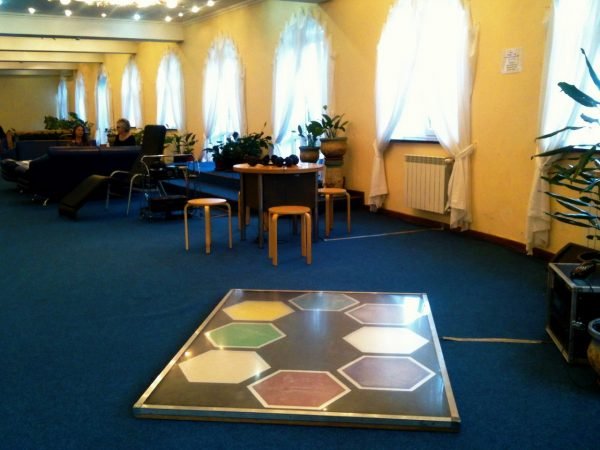 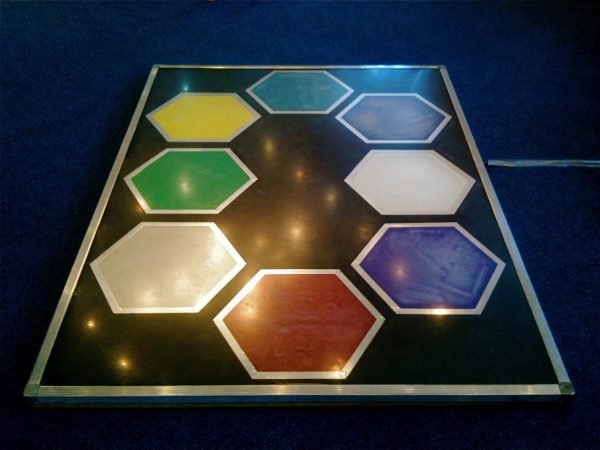 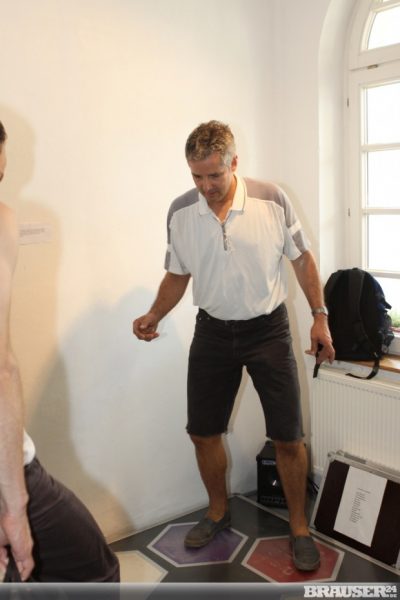 A Jump - O - Phone is a new musical instrument that can be used by one or several persons, especially children. Through jumping on the flat surface, tonal or rhythmic sounds are produced.