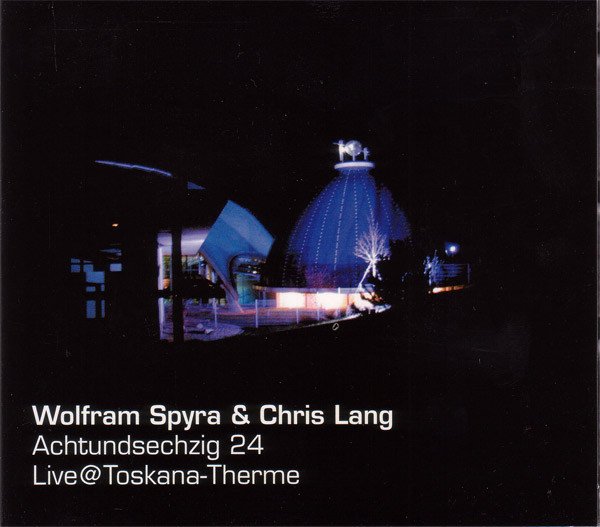 There is some music which is difficult to describe. Small masterpieces which bewitch and, listen after listening, continue to charm. Achtundsechzig 24 is this kind of music. A splendid album where fluid rhythms and flexible permutations are molding in a divine melodious approach. It’s been a long time since I wanted to write about this splendid opus from Wolfram Der Spyra and Chris Lang. But words never came in mind to describe it, while his listening led me constantly in a soft dreamlike euphoria. With the release of a new album (Sequest), the moment is ideal in trying to make a review of one of the great EM albums which got lost in the wire of time. Recorded in concert at Toskana-Therme (Bad Sulza) in 2001, Achtundsechzig 24 listens to like a dream, so much it is soft, poetic, lyrical and strangely fascinating.

Though, its introduction lets not augur at all the mesmerizing splendor that will sparkle with so much limpidity throughout the next 60 minutes. A heavy layer to light reverberations opens its genesis. From then on, a rhythm tenderly hatched drills the walls of a cave which stream slightly. A fluid rhythm however filled with a soft claustrophobic effect, with its fluty layers that skip breathless among a horde of strata to multiple wadding fragrances. Such a sonorous sturdy, the introductory tempo of Neunundfünfzig 49 bows on a minimalist sequential movement of which hatched breaths are ground by solos to dreamy twists above a rhythm which stamps as a flame sucked up by a light whirlwind. At around the 9th minute, doors of illusion open with a stream of crystal clear arpeggios which dance above stars. A soft bewitching passage, which recall Klaus Schulze’s intro on Crystal Lake, where a soft piano, fill by a solitary soul, cherishes of its misled notes. A superb moment where piano notes get lost with the sparkling of crystalline arpeggios, beneath swarms of bats which draw shades on an enchanting musical landscape. Dreamer, the piano isolates itself and gets lost in the mists of a synth in arpeggios always so translucent which sparkle in loop, as an ocean trapped in a pond. Symphonic solos and cello string caress this passage that dies slowly in a heavy vaporous mist, introducing the 3rd movement of this dreamlike symphony which sets shape at around the 24th minute with a supple rhythm which hems such a timeless wave, bitten by magnificent guitar chords. Between Crystal Lake and In Blue, the world of Klaus Schulze fills constantly the music of Spyra. Here, synth strata flow with such a musicality, that the meshing with the acoustic chords becomes some the pure magic for ears. Still, these bats, these symphonic synths, this foggy mystic and always this strange union between the magic and the musical constellation which spreads with such grace that we are amazed to each and every curve that Neunundfünfzig 49 takes. Towards the 30th minute step, between the sweetness of a wandering of the cortex and the reality of the sublimity which holds us in breathe, the tempo still permutes to sink into what is the most beautiful moment on Neunundfünfzig 49; guitar chords which serenade near a strange cosmos, getting lost in a fluty sphere and a synth to singing exercises of spatial sirens. A divine moment that only the infinite possibilities of electronic equipments can allow. One of Neunundfünfzig 49 greatest highs who soaks constantly between the delight and amazement that we forget its influences and roots, like those Schulzian choirs that stamp under an agile acoustic guitar. Streams of twinkling arpeggios that waddle with a cerebral submission, fluty breaths, hatched chords, frivolous choruses and a synth as harmonious as the heaviness of its pads, Neunundfünfzig 49 evolves with such an ease that we are amaze to notice that the first 40 minutes are already passed.

The 10 following ones will cross as fast with a suave tempo is evident that with such a principal feature Acht 39 gets lost in forgetting. And yet it’s another great music piece in free jazz style with its electric piano of which notes waltz falsely around a synth to foggy wanderings. A beautiful track that breathes the Spyrian analogy and paradox. Either a mixture is a mixture of jazz, electronic and industrial music on a dreamy air and musical poetry.

To me and my ears, Achtundsechzig 24 - Live@Toskana-Therme of Spyra / Lang is a pure masterpiece. A wonderful album where the imagination is the only border. Seven years later and after my first earring, it still furnishes my late listening hours. Immensely beautiful it’s a pure musical jewel that I recommend, without hesitations, to all those who like the musicality and whatever its origin; EM or not! 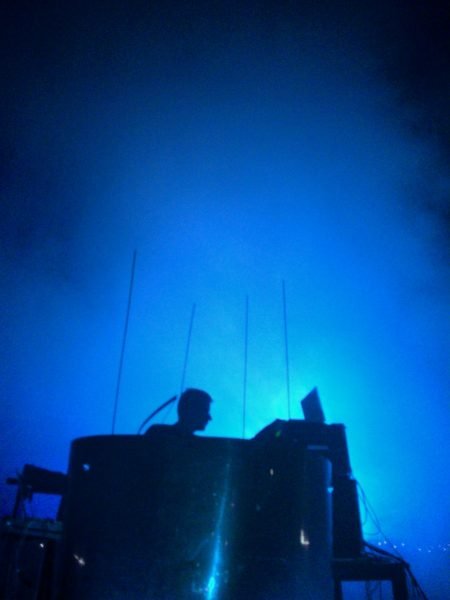 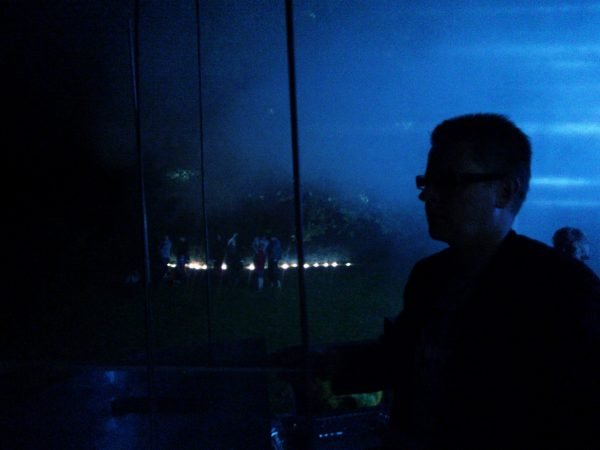