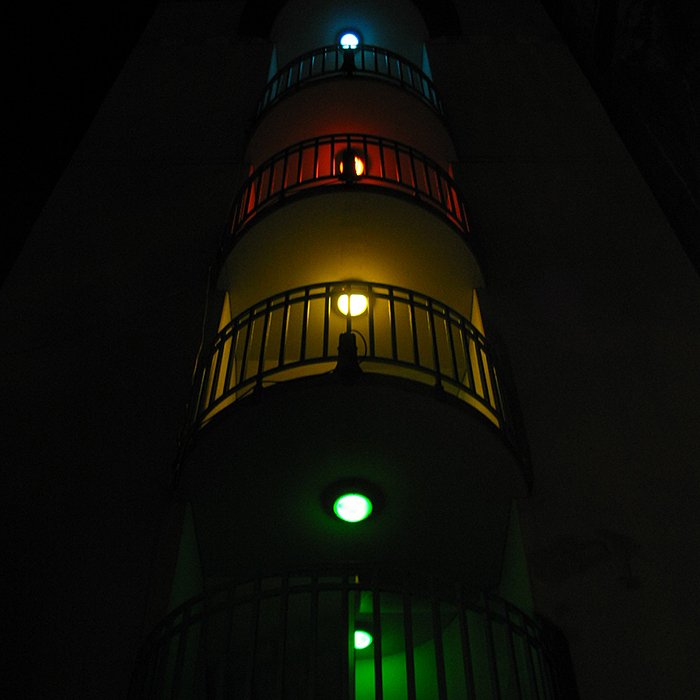 A microphone, monitoring ambient street sounds, is situated at the base of a stairwell tower connecting the upper and lower districts of Marburg. The street sounds are processed in real time and split into their harmonic components, the volume of the partial tones within the intervals of the chords corresponding to dynamic changes in equivalent frequency bands.

The stairwell in its entirety is therefore structured as a chromatic scale with different chords predominating at each consecutive level. The works may be called-interactive in so far as separate harmonic mixtures are audible according to the participant's positioning within the stairwell.

In Case of Fire

"In case of fire, stay calm!" This statement is translated into morse code, each dash/dot being replaced by corresponding drum sounds.