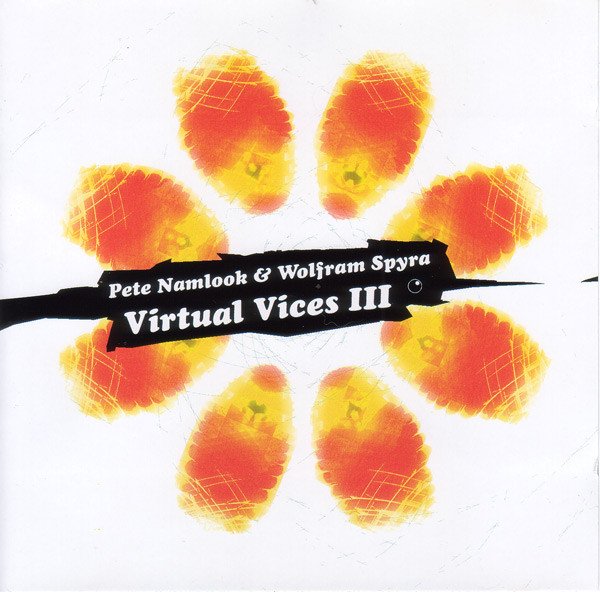 After hearing the real audio excerpt on 2350.org, I had high expectations for this album. I'm glad to say I wasn't disappointed. As with previous albums in the VV series, Namlook and Spyra combine their individual styles to very good effect.

The album starts with "What About God", which for some reason reminded me of some of Namlook's more jazz orientated work from circa 1996. Having said that, there's enough variation to hold the listeners attention, and the track is not the best thing on the CD, it still makes for a good opener. "Taurus" is a track of contrasts. An excellent sequence of stereo phased beats begins, with additional glitchy synth noises being added shortly afterwards. Then in contrast, a suitably restrained distant ambient synth pad gives the piece a sense of warmth, and this is allowed to develop over the fourteen minute duration of the track.

"Oscillation 3" is a pleasant enough track, although for me personally it's nothing particularly outstanding, although having said that, the female vocals do add a certain something to the music. The fourth and fifth tracks on the CD however, are absolutely superb. "Event Horizon" features Spyra's Steel Cello sounds very prominently, and immediately reminded me of "Aeols Harp" from the original "Putney" album from 1993. Over the tracks eleven minutes, there are some excellent sound textures reverberating around giving the listener a very chilled sound, and the overall impression is of a track that harks back to the halcyon days of Fax when ambience was everything!

The final track is also very enjoyable, but for a different reason. "Last Dance on Luna" is a melodic synth track that seems to use a number of different analogue sounds. The overall impression of this final track was as if Namlook had taken the best elements of the New Composers "Smart" album with his own style to create something that sounds familiar, and yet totally different. All in all, a very worthwhile album, equalling, (and in places surpassing) the previous two albums in the series. Very much recommended. 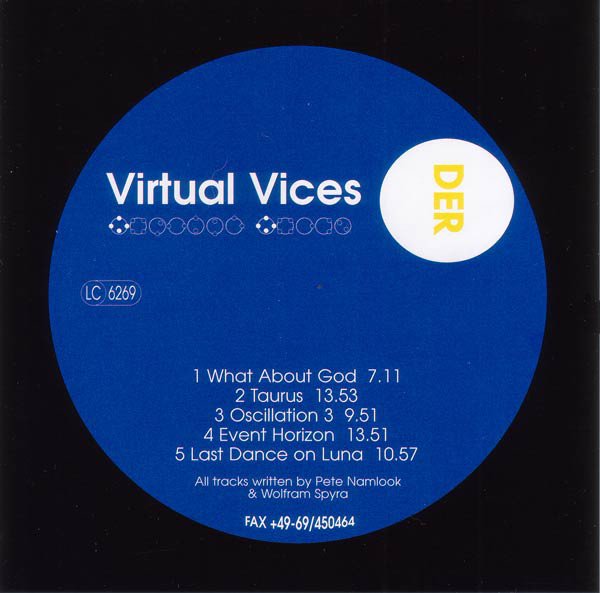 Just got Virtual Vices, and am very impressed. Kuhlman and Spyra manage to create a loose, jazzy atmosphere without disappearing into noodling hell a la JCIV. (Andrew Ross)