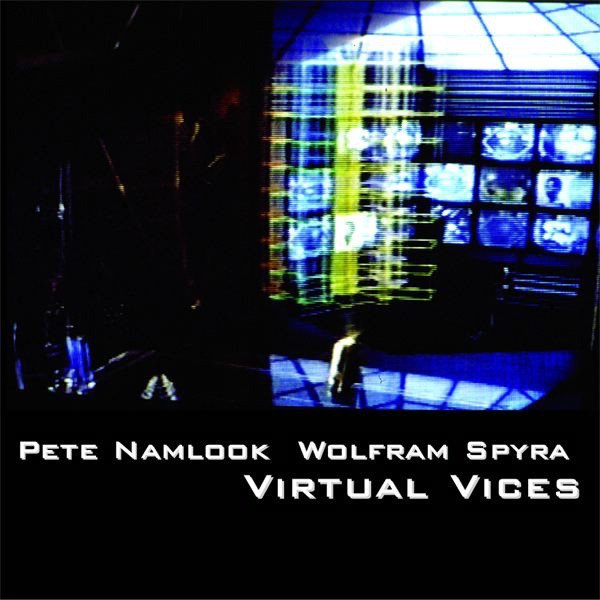 In the ongoing list of current releases, it’s also good to glance back once in a while on some nice releases of the past. “Virtual Vices” (the first in a series of six) is such a gem, although it starts out with the quite weird and freaky track “Futurescope”. The best I can say about this mishmash of odd experimental sounding samples is that it expresses what both composers consider progressive electronic.

After this non-cohesive, quirky excursion, things rise to a high level with the remaining three tracks. First, there’s the mellow and slightly jazzy-flavored title piece, on which the vintage pads get company of a laid-back (and later on rocky) e-guitar along a smooth rhythm after a few minutes. “Deu Sex Machina” starts out in a similar manner as the previous one, but the laid-back mood here evolves in a rhythmic ambient/trance style with a nice melancholic lead. Note the match of beautiful bass grooves with vintage drums.

The last track on the 55-minute album is another cracker, if not the highlight of the album: “Ancient Industry” is a perfect blend of floating, highly spherical ambient textures and trance undercurrents with a delightful dose of vintage sounds shining through. Here, the implementation of some environmental recordings (taken from Spyra’s “Acoustic City Map of Kassel”) is very attractive.

All in all, just neglect the first track and treat yourself on some great modern/retro electronics that defies easy categorization. 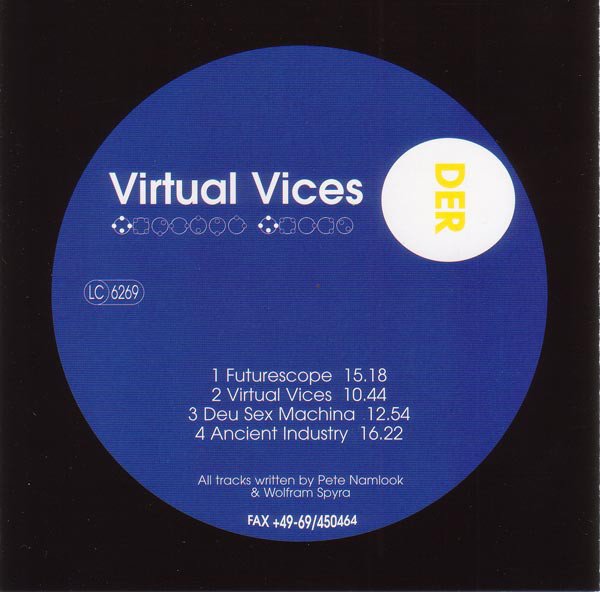 There isn't a weak track on this album. This is my favorite of the Virtual Vices series. (review jackthetab)