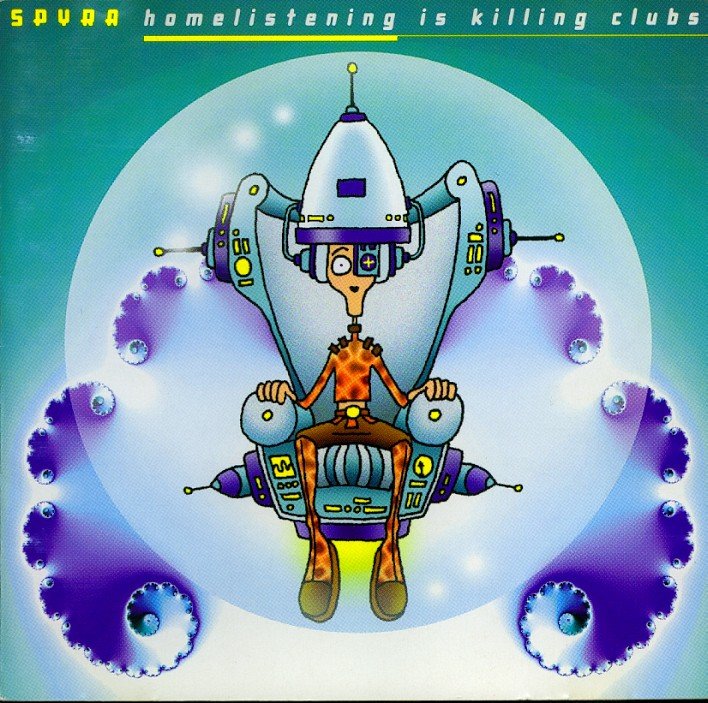 For a first album it's surprisingly mature and advanced effort. High quality recording from beginning till the end. Especially when you compare this to some of Spyra's other works. Sounds and compositions are just about as advanced as on his latest albums. I was pretty surprised to hear this for I started from the later albums. Although the name suggests club music, this is anything but that. It's electronic music, melodic, with lots of chords, beats and effects. Not in a trendy style but more in a classic synthesizer style. Not exactly spacemusic, but more towards melodic synth pop and ambient music. It's purely instrumental music like all Spyra records. Very nice album and pleasant to listen to. It was originally released in 1995 and there's two versions with different cover graphics.

A welcome re-release of this album which was getting increasingly difficult to get hold of.

The tracks have a soft and narrative feel. As a whole, it's a very good album that has an organic feel, with nice ideas that could easily have turned out cheesy but are, in fact, pretty damn good!

Referred to as the follow-up album of “Staub”, Spyra takes his listeners on a trip of energetic contemporary electronics on “Dunst”, coming up with a fresh approach of the classic Berliner Schule...