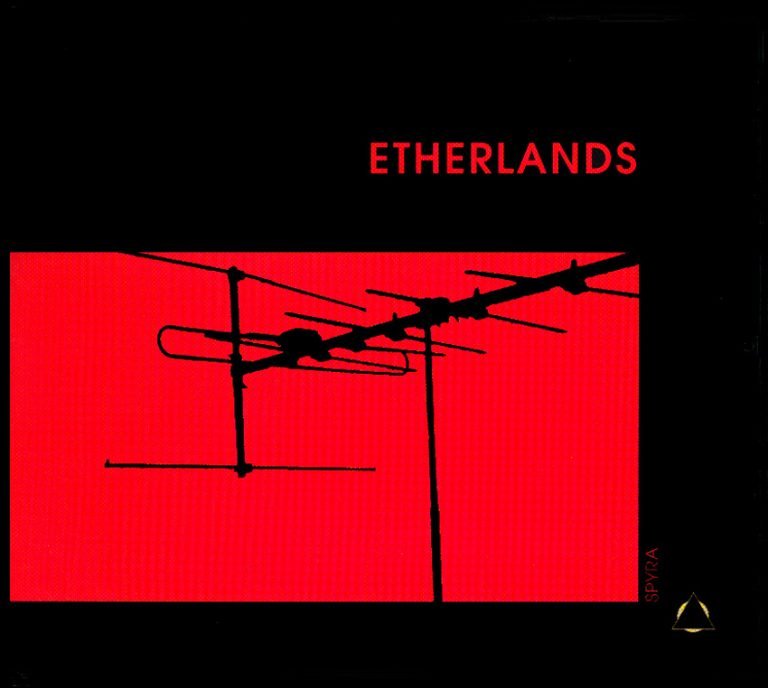 Spyra says: "This is the best CD that I've ever made", and, in fact, we won't argue about that although we also like his well-selling fax-releases"Phonehead","Sferics"and the co-production "Virtual Vices" with Pete Namlook.

" Etherlands", which is a reference to the invisible ether and to all people who work in independent radio stations, is the logical continuance of " Sferics". It is a stocktaking of Spyra's music that indeed shows the wide range of freedom of movement within his own genuine style:

"The Synthesizer Experience" is an 801es-like dance piece, which leads us directly to the time when Spyra started to make electronic music, "Radio Noordzee" with its dub-like rhythm is most typical of Spyra's nowadays (live!)music, "Monotonous Stereo" shows that an experiment with a stereo dissection of a paradiddle within a 7/8 pattern range can (although this description might sound very weird) be a bliss to listen to, "Six miles south of Hastings" refers to "10 high minus 12 meters", on Spyra's "Sferics"-CD and in that way to Birth Control and 70ies space rock, and the title piece "Etherlands" is an Odyssey-like journey through the the hidden world of Ether-waves with classical sequence programming, wonderful melodies and tape-echoed experimental soundscapes. The inter- and extermezzi "Birds on the wire" and "Mellotron Etude"-- (wich is beneath "Radio Noordzee" K. Schulze's most favourite track on this album) are pure melodic chillout tracks that are inspired by the vintage sounds of the famous Mellotron.